Nicholas Adams is an award winning London based Architectural and Interior Photographer who has worked extensivly within a wide variety of photographic situations.
As a freelance photographer Nicholas aims to create pieces of work that are unique and influence discussions and reactions from the viewer.

Nicholas has worked hard to refine a style that is both distinguishable and aesthetically pleasing to both an external audience and the client directly. He has had his photographic work used in numerous publications and by various companies varying from Opera’s to magazines. He has also been recognised by the National Geographic by having his work in the 2011 Editor’s choice gallery for Travel photographer of the year.

Nicholas has worked extensively within the fashion retail world as both a Retail Interior Photographer as well as Product Photographer with such clients as Kurt Geiger Shoes, Levis, Republic and House of Fraser to name but a few where he has worked with various departments within companies, the majority of work undertaken has been with Visual Merchandising departments documenting the merchandising and building of new stores and internal fixtures often photographing the window displays as well. Nicholas has a good knowledge of merchandising and also the aesthetic visuals of how a store should look which helps him to photograph and represent a space in the way it was originally visualised.
Having had his work featured in Architects Journal and other leading architectural and retail magazines, Nicholas’ architectural work strives to achieve an excellence which can only be appreciated by someone with a passion for architecture. This passion has led Nicholas to approuch each space that he photographs differently drawing on the original design and lines of the buildings to produce images that compliment the designs of the space.

Nicholas’ award winning Documentary photojournalism has been recognised by many to be a fresh approach to photographing subjects that can become mundane. His attention to detail and time he spends getting to know his subjects leads to an intimate portrait of the subject. Often gaining access to areas that others have struggled to access such as sweat shops, Catacombes and slums. He pushes himself to photograph in areas often unseen by the world and often feared and missunderstood. Coming from a background passion in travel and meeting people Nicholas often sets off alone to persue a project with the aim to reveal beauty and to unveil hidden aspects of the world.
Nicholas holds a BA Hons degree in Photography from Portsmouth university where he also returns to guest lecture on his work and aspects of working in the photographic industry.

Nicholas is constantly on the look out for new commisions and challenges. If you are interested in contacting Nicholas in regards to anything Photographic please do so byemailing him directly using the email below:

Error: Twitter did not respond. Please wait a few minutes and refresh this page. 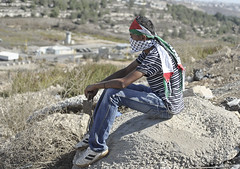